There’s a bran muffin in walking distance that calls my name every day.

The bran muffin has some health benefits, I’m sure.

For instance, the bran muffin probably has bran, right? And that’s good for you, right?

Anyway, you can see what I mean…that you probably can’t go terribly wrong with a bran muffin. It’s probably a good thing, generally speaking.

This bran muffin is intoxicating and dangerous. It’s impossible not to want it. It’s huge and moist and overflowing with juicy things that might be raisins. And, though it’s not sprinkled with large grains of sugar, it looks like it may as well be. It looks sweet.

The brain muffin probably contains an entire day’s worth of calories all by itself.

Not that I count calories, I don’t.

But sometimes it’s just so obvious that a particular food has soooooo many calories all by itself that you may as well go ahead and eat an entire pizza (if pizza is your thing).

Pizza isn’t my thing, but I could eat an entire foot long sub from Subway and then eat another one later on for dessert.  I would choose tuna for one sub and cold cut or Italian for the other.

So anyway, the bran muffin usually sits next to a blueberry muffin and just don’t even get me started on the blueberry. I can’t even.

Just so you know, there’s no point to this essay.

It’s just a reminder that I can’t have everything I want.

Or that I can.

Images, art and characters made of 100% love.

I’m listening to Pandora… to summer songs of the 1980s.

The funny thing is I didn’t realize in the 80s how much I would miss them.

But maybe that’s the same for any decade we live in.

Part of me can’t imagine I’ll miss this decade, but I suspect I’ll miss it a lot in a few decades. Besides, it’s only halfway-ish over. The pleasure and pain could still even out.

And no, I am not wishing time to be over. It’s already moving too fast.

While these past few years have been some of the hardest of my life, I’m sure in a few decades it will look like gold. And, in some ways, it has been gold.

But from where I sit now, I hope that in several decades I’m in a place with far more gold …whether that gold is literal or metaphorically mental, chemical or physical.

I picture life in a few decades and I see myself sitting on a boat that’s moving.

Not to worry, somebody else is sailing it or otherwise making it go in my picture.

I can’t wait for the day that I can sit on a boat and watch the waves without worrying about work or deadlines or the future.

I shouldn’t be worrying about work or deadlines or the future. I should just be working and getting my deadlines done and having hope that the future will take care of itself.

But that is unfortunately not how my mind works.

My mind chooses to worry.

Even when I choose to ignore my mind, my mind is still busy worrying.

It’s kind of like running a load of laundry. While you do other things the laundry is churning and spinning and sloshing.  You know the laundry is going to town – but you don’t need to pay attention to it.

I think back to that time in the 80s and I remember being so insecure, self-conscious and unsure of my place in the world.

It’s a shame because I was really cute.

But I was definitely cute enough.

Oh my god. Thank you Pandora!

Jenny Jenny who can I turn to?

MTV had just started and I was addicted to videos. I was every girl in every video.

And I probably looked like the girls in the videos.

My hair was huge and my skirts were very short.

I was Nina Blackwood. I was Martha Quinn. I was in love with the decade.

The funny thing is how easy it is to ignore the bad parts of a decade. Then again, I guess that’s what we do.

But thank God for small favors. Thank God for being able to think back to the 80s and remember all the adorable matchy-matchy outfits I worked so hard to put together while ignoring all of the stuff I’m still ashamed of or still shocked over.

Someday I’ll write about those times in the hopes that my stories might help other girls.

I can see now what would have been helpful for me during those times back then when my pain was greater than my productivity and my negative thoughts stronger than mine or anyone else’s positive thoughts.

In 1982, in New Jersey, after I had been at college a few years, my brother came to pick me up. He brought a van and packed my things and took me home so I could have a break.

I needed a break.

It was one of those times in life when I was neither my best advocate nor my best friend. I needed to switch things up, do something else and otherwise break the cycle I was in of punishing myself for transgressions that either didn’t exist or were not worth more of my time.

My brother brought me home where I stayed with my parents for the maximum number of days I could without carrying out a capital offense. My parents may have felt the same way and they may have been stifling the same urges. I’m not sure and I have never asked.

Immediately upon my return home, I looked for work and a way to get out of my childhood home.

The idea was to find a job that would provide decent resume experience and money. 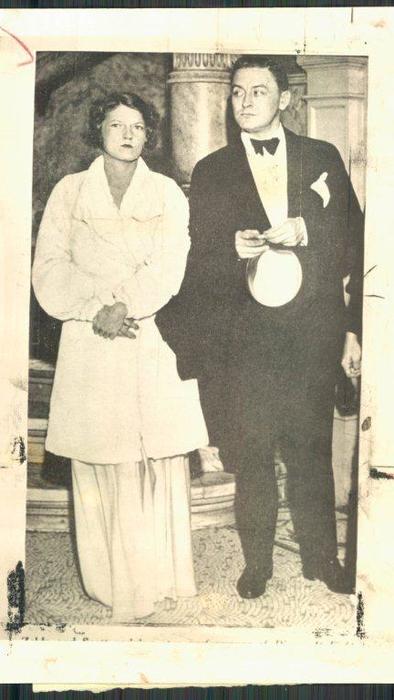 I volunteered at Sheppard Pratt 40 hours a week. I carried out basic errands on a short-term psychiatric unit. I transported patients to therapy and the dining room and thought seriously about becoming a psychologist or a social worker. I hoped they would hire me when they realized what a quick study I was and that I was stupid enough to work for nothing.

In the meantime, I worked at night hanging up coats in a coat room in a club that played Madonna videos on the screen.

This was before Madonna was “Madonna”.

This was the pre-Borderline Madonna.

I made more money working in that coat room than I have ever made since.

In 1982, everyone wore a coat. Even in Baltimore, where you rarely need a coat if you’re wearing a sweater, everyone still wore a coat.

In 1982, the style was layers with huge coats thrown on top of all the layers. And pushed up sleeves. Ha ha ha …..it was so ridiculous pushing up sleeves of winter coats,  although actually it was comfortable.

I only wore oversized men’s coats from thrift shops.

But oh my god. Those poor women with menopause in 1982. I do not know how they survived all of those layers. I have trouble enough with menopause heat when I’m wearing nothing.

Anyway, it was $.50 to hang up the coat and, back then, I was either cute enough or imposing enough to get the guys to give me a dollar and leave me the extra $.50. So at the end of the night, I was left with hundreds of quarters just waiting to be rolled.

My baby brother, who understandably hates being called a baby, rolled the quarters on the morning  of the day after I worked. On Sundays, when I did not work, he and I took a share of the quarters to the mall and spent some of it on candy and clothes. And always something stupid from the toy store for him.

I would say those Sundays were the best days of my life, but I was still living in my parents house. Actually, I was darting in and out of their basement, where I worked hard to avoid them.

My apologies to my parents. I realize they were trying to be helpful. I just wasn’t in that grateful place at that time.

A few weeks or months after beginning as a volunteer at Sheppard Pratt, I was offered a full-time job. And those, officially, were the best years of my life. Or, at least, those were the years I would go back to if I could go back to any years. Although I guess I would not go back.

Would any of us go back? I guess it depends on what the rules of going back are.

I worked at Sheppard Pratt for five years. I worked with long term and short-term psych patients on inpatient units. And I worked with drug addicts and alcoholics.

When you work in a mental institution, everyone says hello unless they can’t. There is an awareness of helping people feel like part of the community, regardless of whether they are patient, visitor, or staff.

I remember showing up for work and being asked by more than one person”How are you?”

But here’s the thing…

They really meant it.

They really wanted to know how I was and I learned to tell them how I was. And however I was, it was okay.

It was okay to be having a bad day because everybody had experienced a bad day. And nobody wanted you to have a bad day.

Everybody wanted you to have a better day than a bad day.

Suffice it to say, I miss spending 40 to 60 hours a week in a psychiatric institution.  I miss that environment. I miss people who ask you how you are.

So maybe my goal is to re-create that environment. And who knows… maybe I already do that.

I thought the question was legitimate.

So the question was legitimate, right?

But I really should have said”How are you?”

The question is more authentic and less judgy.

Okay, back to work. And it is time to press “skip” on Pandora.

I love the idea of “come on Eileen.” I’m just not in the mood for the song.

I hope Pandora goes back to Eddie Money. I like walking around saying “take me home tonight.”

Let me know how are you are.